We are committed to promote diversity and access to quality education in sciences, particularly in Computational Algebra. Our laboratory provides a collaborative research environment where professors and students work on projects in finite fields, coding theory, latin squares and other.

Who was Emmy Noether? 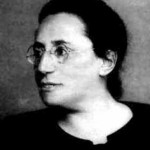 Amalie Emmy Noether, better known as Emmy Noether, was born on March 23, 1882 in Erlangen, Bavaria, Germany.
Despite the prejudices against women and Jews at the time, Noether was able to overcome many obstacles and become one of the greatest mathematicians. Her greatest contributions are in the fields of Abstract Algebra and Physics.

Her work in the theory of invariants led to the formulation of several concepts in Einstein’s general theory of relativity. She did fundamental work on abstract algebra, working in group theory, ring theory, group representations and number theory; as result, she produced an abstract theory which helped develop ring theory into a major mathematical topic. Noether’s conceptual approach to algebra led to a body of principles unifying algebra, geometry, linear algebra, topology, and logic. Her paper Idealtheorie in Ringbereichen (1921) was fundamental in the development of modern algebra. Much of her work appears in papers written by colleagues and students, rather than under her own name. More…